* In case of any delay in receiving the OTP, you may verify it later. Please proceed without verification.

Enter your City name or Pincode

Bhikhi is a small town in the Mansa district of Punjab and is known for its lush green surroundings . It will surely help you unwind for some days away from the hectic work life. This city life is dependent on agriculture as industries have not sprang up in a major way though. The art and culture of the place is very rich . The town is well administered and there is no dearth of basic amenities. 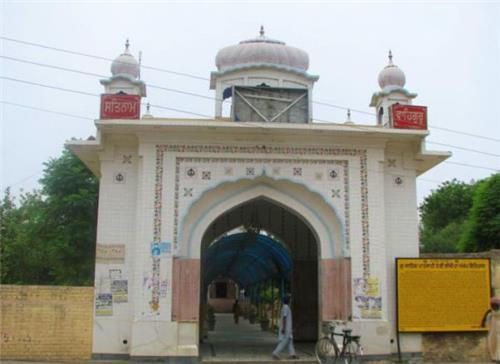 The place has its own share in the history of Punjab. The town once got the opportunity to serve the 9th Sikh guru, Guru Tegh Bahadur, who made a halt here for several days, during his expedition through the Malwa region. There was a local chief by the name Desu, who had been a follower of Sultan Sakhi Sarwar the whole of his life and became Sikh and served the Guru with all his devotion and dedication. It is believed that Guru Tegh Bahadur gave him five arrows to be kept as a memento. It is said that after the Guru had left Bhikhi, Desu`s wife was highly displeased of her husband`s conversion to Sikhism and she persuaded him to broke and burn the arrows. According to old folklore it is believed that, this breaking and burning brought a curse on Desu`s family the result of which was bore by the whole of his clan and his direct lineage came to an end, with the result that his son and grandson suffered assassination at the hands of his enemies. His devotees at Bhikhi had raised a memorial to Guru Tegh Bahadur.

Bhikhi is located in the Mansa district of Punjab. The place is abuzz with all sorts of activities be it economical or social. The geographical coordinates of the place are 30.07°N 75.53°E. The climate of the region is semi arid with harsh winters and equally harsh summers temperatures soaring as high as 40 degrees during summers and touching as low as 10 degrees during the winters. The monsoon is the region is welcomed by all as the area mainly is agrarian in character.

The land in Bhikhi is used for agricultural and commercial purposes alike. The land is used for development of hospitals and schools though not in great nos. but the people here get basic amenities in proper way. The houses are small and made of mud and thatched roof as well of bricks and cement but people live contented lives.The economy of Bhikhi is basically agrarian in character where the people grow wheat, paddy and cotton to fulfill the needs and demands of the people in and around the region. Thee small farms ate fit enough for the growth and development of what people grow here.

The culture of Bhikhi is quite similar to other parts of Punjab. The cultural aspects comprise the ethnicity of people, the language of the people and the art and culture along with the local festivities. The ethnicity of people of Bhikhi comprise mainly Jats and Sikhs. Local people of Bhikhi well versed in the traditional handicraft known as the phulkari art of the region. The people create intricately beautiful masterpieces with hand and those are most sort after by all. The people also do make hand crafted durries which are again a specialty of the region.

The people here prefer to eat simple meals of daal-roti, winters mark the every house preparing saag and maki ki roti along with gur and lassi. The people also are fond of eating kulcha and chole along with chicken dishes.

Bhikhi is a small town and also a Nagar Panchyat system of governance where all the problems and decisions are undertaken by the Panchas of the village selected by the people in a common way. The people here look up to discussing matters with the Panchas in the most peaceful and calm ways. The Panchyat also look after to meet the basic needs of the people be it providing water or electricity.


Places to Visit in and Around Bhikhi

Since Bhikhi is a small town not many places are there of prominence but the serene and green peaceful environment without any pollution and industrialization surely is a blessing in disguise for those looking to spend quality time. There is a very famous gurudwara being built in honor of the Sikh guru, which has faithful devotees coming from near, and far off places to show their respect. When in 1798-1845 Maharaja Karam Singh of Patiala took reigns in his hands he ordered to built a proper shrine out of the place and gave endowment of land for its maintenance. This hugely popular shrine is now assigned the name Gurudwara Sri Patshahi Nauvin Sahib, Bhikhi and is situated on the northern peripheries of the town near a pond. The current structure is located in a one acre walled complex, which consists of a square shrine, under a four-cornered dome, and a rectangular hall, built on a high pedestal. It is now known that the 112 acres of land is owned by the Gurdwara and is managed under the aegis of Shiromani Gurdwara Parbandhak Committee through a local committee. Besides the daily worship, special worshipers come about on the beginning of each Bikrami month and on major anniversaries and festivals. The Gurudwara is regarded as a must visit place in town of Bhikhi.

Comments / Discussion Board - About Bhikhi